 We believe that Karate is much more than self-defense and includes the pursuit of perfection of character.

JKA stands for Japan Karate Association, the world’s largest and most sought after karate organization since its establishment in 1949. Our mission is to promote the soul and spirit of the art of Karate as the Keeper of Karate’s Highest Tradition. With a growing membership in over 100 countries worldwide, JKA is the only legal karate entity officially recognized by the Japanese government as an association of members for the promotion of karate. In line with the tradition of Bushido (the way of the samurai), JKA continues to enrich the lives of its members in character, mind and spirit.

JKA Karate is based on three basic fundamentals: kihon (basics), kata (form) and kumite (sparring). Each is taught in its original and most powerful form. This is how JKA produces the strongest Karatekas in the world.

JKA Hawaii is composed of a family that looks after each other in and out of the dojo. We emphasize not only in developing the students’ flexibility, stamina and strength through practical self-defense applications and exercises, but most importantly we aim to Seek Perfection of Character. Karate is an art that requires humility, perseverance and discipline. These are essential skills a student will learn in order to excel in the martial art and most importantly, to excel in life outside the dojo.

We practice shotokan style of karate in the same language and tradition our forefathers have kept over the years. With JKA Hawaii karate education, you are guaranteed to learn genuine Shotokan karate in its purest and truest fundamentals.

Our classes are composed of students as young as three years old, to professionals such as doctors and lawyers. Our Hawaii Dojo includes people from many different parts of the world with diverse backgrounds and experiences.

The benefits of karate are immensely substantial. Parents of young students will see the children learn the meaning of obedience and respect. Our young students grow up stronger and more confident with an outlook that’s ready to overcome life’s challenges and obstacles.

If you want to know more about JKA Hawaii, see the Frequently Asked Questions page or come visit us during our practices. You may also call (808) 395-7511 or email us.

Instructors are all highly trained, many of whom have been practicing Karate for their entire lives

Class for ALL Ages

Classes for all age groups and experience levels

With membership in over 100 countries, the JKA is the world’s largest and most prestigious karate organization

Three Dojo locations to choose from.

Gichin Funakoshi is the founder of modern Shotokan karate. He was born sickly, weak and in very poor health condition. He was prescribed traditional herbs to make him better but his parents brought him to Yasutsune Itosu instead to learn Naha-te karate. Young Funakoshi then got better and learned from another Okinawan style of martial art Shuri-te from a different master with coincidentally the same name, Yasatsune Azato.

Several significant life experiences dictated Funakoshi to blend these two Okinawan martial arts which he eventually polished and acquired very deep understanding about. In 1917, he was invited to perform at a physical education exhibition sponsored by the Ministry of Education. Due to the popularity of his performances and an invitation by Japan's Emperor in 1922, Sensei Funakoshi decided to teach and promote his art in Japan.

Funakoshi-sensei is a humble man. He did not insist on winning competitions or record-breaking championships. He placed emphasis on individual self-perfection. He eventually helped found the Japan Karate Association (JKA) and became Shihan (Master) in 1948. Sensei Funakoshi passed away in 1957, at the age of 88.

Nakayama Sensei trained directly under Sensei Gichin Funakoshi and together with Funakoshi's son Gigo, he was responsible for bringing JKA Karate to the international scene. Also a founding member of JKA in 1949, he helped develop a comprehensive curriculum for both instructors and students. His passion for karate brought him to writing many books and instructional texts including the 11-volume series Best Karate and Dynamic Karate.

Sensei Nakayama passed away in 1987, at the age of 74. He was the first Sensei who achieved the rank 10th dan.

Nishiyama Sensei started training under Master Gichin Funakoshi in 1943 and is a founding member of JKA. He author of the world's biggest selling Martial Arts book "The Art Of Empty Handed Fighting", which is in its 70th re-printing to date. Throughout his long Martial Arts career, Nishiyama helped organize the All American Karate Federation (AAKF) as a nationally based amateur karate organization, and helped arrange the first National Karate Championship in Los Angeles under the AAKF. Since then, Nishiyama had become one of the most important names in the popularization of karate in the United States.

Enoeda Sensei was chief instructor of the Karate Union of Great Britain until his premature death due to cancer. Enoeda was ranked 8th dan and was world renowned as a formidable Karate-ka. Following his death, Enoeda was posthumously awarded 9th dan. After graduating from Takushoku University he studied at the JKA honbu dojo in Tokyo under Masatoshi Nakayama, the chief instructor. He won the JKA All Japan Championship in 1963. During this period he picked up the nickname "tiger" (tora in Japanese), after Nakayama-Sensei had described his fighting.

On 20 April 1965, following the JKA policy of sending it's instructors abroad to spread karate, he traveled to England and began teaching in Liverpool 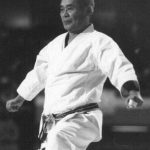 Most popularly known teaching with his shinai (bamboo stick) and a very critical stare, Mori Sensei has perfected ways in improving your karate skills and in eliminating ego and bad behavior. He is a simple man with a reputation and name that demands respect and performance that should always be at 200%. Annually, JKA Hawaii participates in the JKA Summer Camp held at New York where members from all over the world congregate to update, unify and simply practice karate techniques. Mori Sensei also facilitates and heads these special camp trainings. See photos from SKDI-HQ.

Mori Sensei was born in Kyushu, southern Japan from the Fukuoka Prefecture in 1932. He entered the Takushoku University in 1950 and began his study about Karate. In 1957, He joined JKA and is now an icon, an inspiration and a JKA Master. 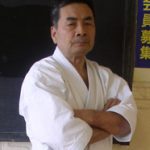 Takahashi Sensei trained along side and under Mori Sensei. He is currently ranked 7th Dan and is an officially licensed JKA World Federation A-Class instructor, A-class judge and A-class examiner; member of the JKA Shihankai. He annually lectures and instructs Karate-Do seminars around the world including in Canada, Haiti, and Venezuela as well as in several Universities in New York. He has been the Chief Instructor of JKA Brooklyn since 1972 and was the lead instructor of our head instructor, Sensei Maeda, here at JKA Hawaii.

Karate is for All Ages and Lifestyles

Strive for Perfection of Character